5 Biceps Tips That Build Size No Matter Your Level Of Experience!

5 Biceps Tips That Build Size No Matter Your Level Of Experience!

Every guy wants bigger biceps. Even though they’re a relatively small muscle group, big biceps are important to most men. They’re practically a billboard proclaiming that their owner works out, takes care of himself, and has a solid measure of strength.

Even moving your hands in and out when doing barbell curls changes the emphasis, so it’s worth exploring the many variations here. You’ll also want to try exercises that shift the position of your palms—whether supinated (palms up), pronated (palms down), or neutral (palms facing in). These subtle shifts make a decided difference in what area of your upper arm is engaged to the fullest.

One more thing: You don’t have to be a guy to get the most out of these workouts. We know guys really want big arms, so these workouts are definitely geared toward getting you jacked, no matter your level of experience, but I encourage women to try them on for size as well!

Chin-ups aside, there aren’t great multi joint movements that target the biceps. You’ll want to start with the arm exercise that allows you to move maximum weight: the standing barbell curl. Use a shoulder-width grip here to work both biceps heads. Additional exercises require you to change elbow and hand position:

The incline stretches the long head better, while the preacher is better for the short head. Neutral-grip moves like hammer curls hit your underlying brachialis muscle, and reverse-grip movements emphasise the brachioradialis. 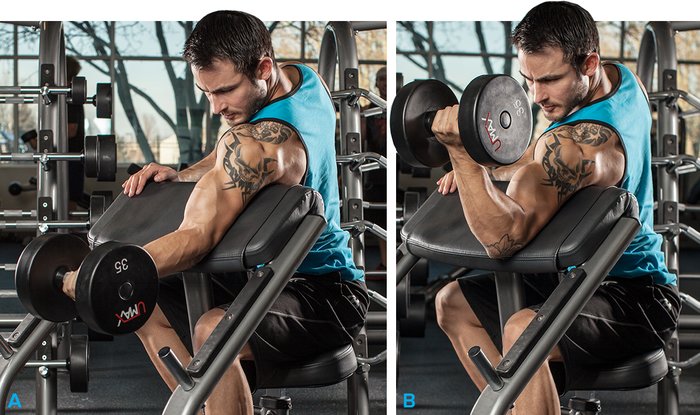 These workout charts do not contain warm-up sets. Perform as many as you need, but never take your warm-up to failure.

Choose a weight that allows you to reach muscle failure by the target rep listed. This scheme follows a reverse pyramid, meaning you lighten the weight a bit on each set after your first set for slightly higher reps. But it’s important to take each set to muscle failure.

2. Routine To Get Ripped

This workout hits all areas of your biceps, including your forearms. Supersets boost the intensity of your training, and the session calls for a slightly higher rep range that will enrage your biceps pump. The seated curls are done through a shortened range of motion, and can hence be done after the full-range standing curls. 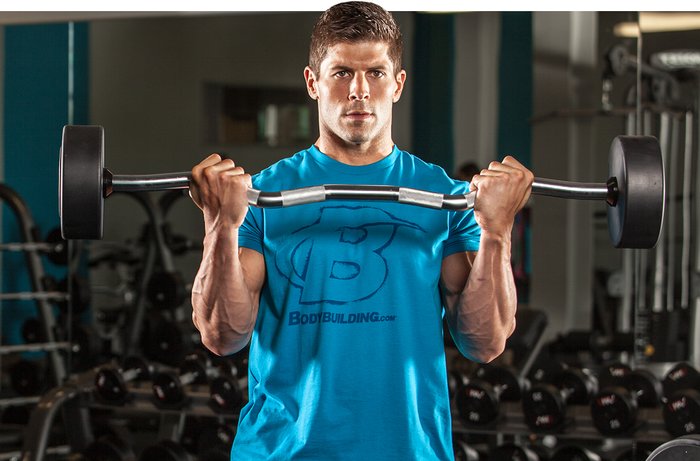 Choose a weight with which you reach muscle failure by the target rep listed. You’ll use the same weight on all three sets. Take each set to muscle failure. Do hammer curls with both arms simultaneously; do one-arm curls by alternating arms. Superset the pairs of exercises noted, resting only after you complete both moves.

When training biceps, it’s all about the curl. We’ve included three variations in this workout, starting with one that you can probably use the most weight with. With the last movement, try it both ways—curling both arms simultaneously one set, and alternating arms the next—to see which you prefer. 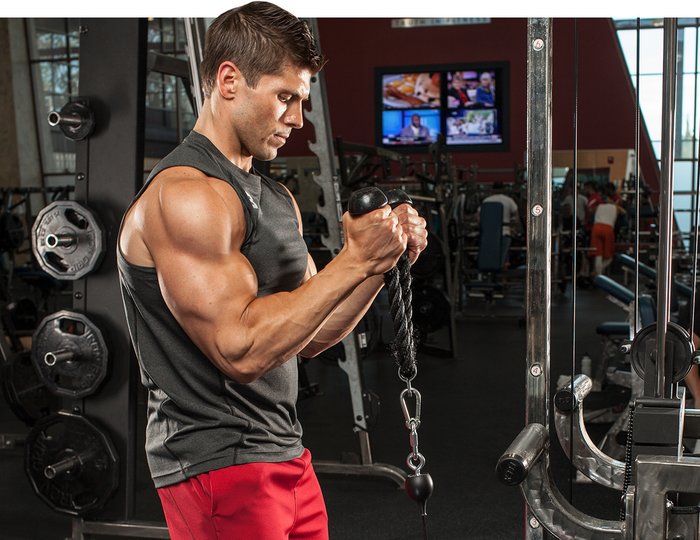 Choose a weight at which you almost reach muscle failure, but don’t go to failure during your first month. The first two movements are done pyramid-style, increasing the weight after the first set for fewer reps.

When you flex your arm, that height you see is called the peak, and it gets taller as your long head gets bigger. This routine emphasises long-head moves. 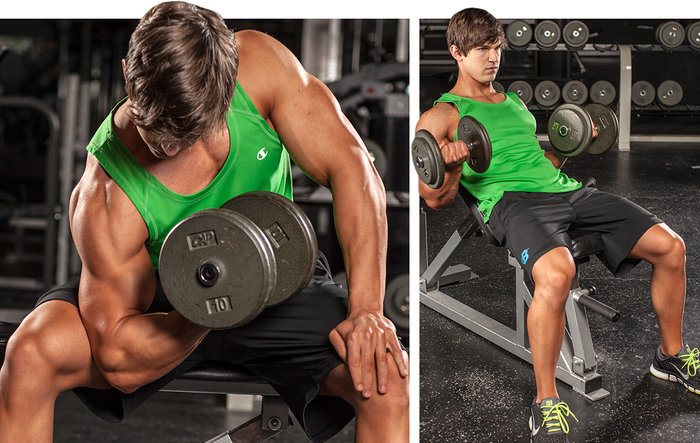 Choose a weight with which you reach muscle failure by the target rep listed. The workout follows a pyramid, meaning you add weight on each set (for fewer reps), but take only your final set of each exercise to muscle failure.

To achieve fully developed biceps, you can’t rely on long-head exercises alone. To shift the emphasis to the short head, you’ll use different angles that essentially don’t allow the long head to fully stretch. 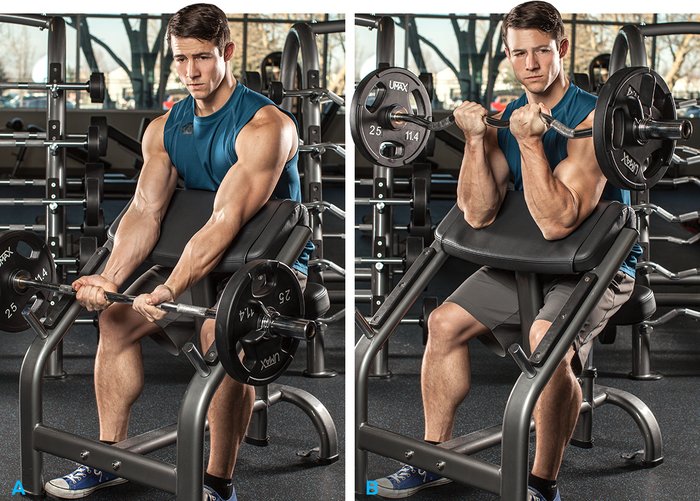 Choose a weight with which you reach muscle failure by the target rep listed.

The scheme follows a straight-sets approach in which you use the same working weight for all three sets, trying to reach the same target-rep figure on each one (but don’t stop if you can do more). You’ll use a slightly lighter weight (for a higher rep target) on each successive exercise.

Back To Top
We use cookies to ensure that we give you the best experience on our website. If you continue to use this site we will assume that you are happy with it.Ok